In Greece, I  have been only to the islands. Land mostly aroused in me some kind of uncertainty. You know unrest, strikes and refugees. Hold ... as soon as I landed there they have some demonstration, strike  :) Subway was not working.
Athens-  capital under the Acropolis. I would like it feel free to call the city of contrasts, because from one side you feel the mysterious scent of history, a southern charm, a number of cozy restaurants and tavernas, massive construction, but again on the other side dirty streets, alleys and often filled with immigrants, pander, prostitutes , mess ... 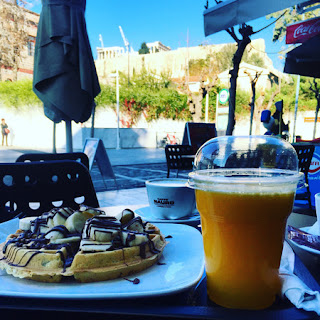 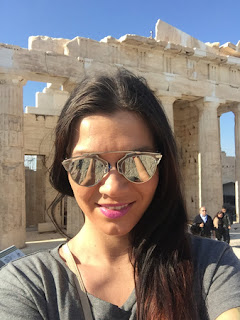 I start with acropolis, from which there is a great view of the whole city and the Aegean Sea, which is really close and after 20 minutes by subway you can reach it.  Really a fantastic feeling, December and 18 degrees, and you're walking in a T-shirt over the ruins, and in your head you can listen to Hercules theme song :) Monumental Dionysius theater with marble Tribunal is one of the architectural treasures, the largest Doric temple Pantheon, where there was scaffolding on each side, and Plaka district. I really liked the life beneath the Acropolis. Streets with tavernas in contrast to the large square as Syntagma and Monastiraki crowded by especially young people and the local urban eccentrics. 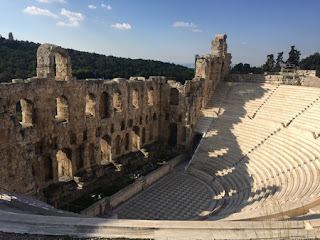 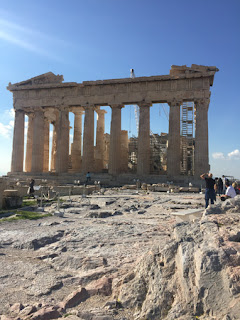 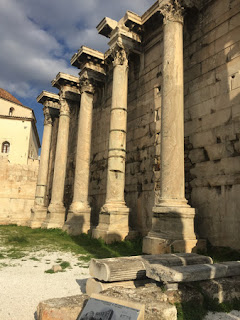 Athens subway is very simple, only three lines. One of those lines take you to the sea to the port of Pireaus. For sure allfootball fans know local club Olympiacos Piraeus. Too bad that by the time I was there they did not play any match. 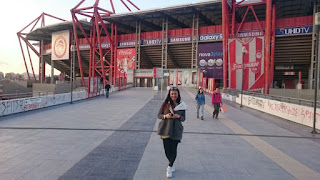 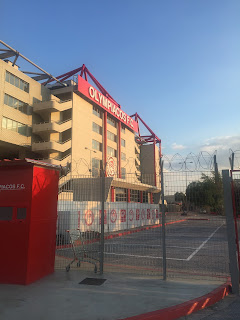 At that time I had a birthday, so I really enjoyed an evening dinner directly under the Acropolis, where I found a restaurant (well, she found me) where the waiters were really great and I got the birthday cake. The next evening I wanted to see the city from a height, so I enjoyed dinner on the top floor Athens Gate Hotel. Night view of the Acropolis was stunning. 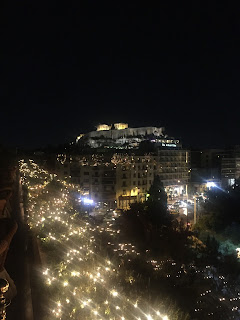 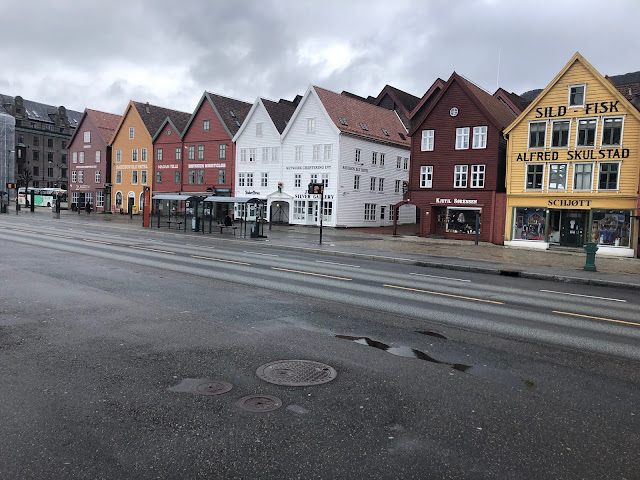